Tolling of Statute of Limitations During Nevada “Stay at Home” Directives: Why it Might be a Good Idea to Preserve Your Legal Claims by Filing Now Can the Governor simply toll the statute of limitations for commencement of state legal claims?

The Governor of Nevada hit the pause button on filing deadlines for lawsuits (called statute of limitations). But does the Governor have actual authority to do that? Because of potential uncertainty surrounding this question, it might be a good idea to file your claims that are nearing statute of limitations in order to preserve your claims, instead of waiting and crossing your fingers that this tolling is upheld by a later challenge that might arise to the governor’s directive.

On March 12, 2020, Nevada declared a State of Emergency in response to the COVID-19 pandemic. Subsequently, various Emergency Directives were issued by the State of Nevada closing schools, casinos, and non-essential businesses and ordering Nevadans to “Stay Home.”  The March 31, 2020 Declaration of Emergency Directive 010, Stay at Home Order, along with a Revised Order under Directive 09, which was amended on April 1, 2020, is of particular concern to the legal community. The revised Directive ordered four major things:

From a constitutional standpoint, the U.S. Supreme Court, in Jacobsen v. Massachusetts, 197 U.S. 11 (1905), seems to support that states have broad police powers to act to prevent the spread of disease and protect the public health. Jacobsen presents somewhat parallel facts to our present COVID-19 situation—but in 1905 and instead faced with the smallpox pandemic—analyzing states’ police powers and whether the states could constitutionally enact compulsory laws for vaccinations. The Court in Jacobsen held that the states could issue such compulsory laws and took a backseat on the issue of whether vaccination “is or is not the best mode for the prevention of smallpox and the protection of the public health” stating that it was a question “for the legislature, and not for the courts, to determine[.]” Id. To compare Nevada’s NRS chapter 414 provisions granting the Governor broad emergency powers in the current COVID-19 pandemic, the State of Nevada (and its governor) would seem to have the police powers to utilize emergency directives for a similar public health purpose like the state powers in play in Jacobsen. The order mandating closures of non-essential businesses, automatic extensions on permits and renewal fees, and tolling of statute of limitations would be actions taken in furtherance of such state police powers and are arguably less invasive (physically at least) or less restrictive than the compulsory vaccination laws at play in Jacobsen.

Here at home, Governor Sisolak is relying upon NRS 414.070, which is cited in the revised Directive 009, as authority for the broad orders during this health crisis. The statute does not specifically state that the Governor can extend these statutory deadlines. However, the statutory provision that appears to be relied upon for tolling of statute of limitations is subsection 7 of NRS 414.070, which is a “catch-all” provision that grants very broad powers to the Governor “[t]o perform and exercise such other functions, powers and duties as are necessary to promote and secure the safety and protection of the civilian population.” NRS 414.070(7). The public health and safety aspect of this catch-all provision is evident (the presence of the COVID-19 pandemic), but whether the governor’s actions are “necessary” to promote the safety and protection of the civilian population will be the key question if this Directive 009 is ever challenged in the courts.

As an example, if least restrictive measures could have been put into place by the State of Nevada to protect the health and safety of the civilian population, then a litigant might have a creative argument in claiming that the tolling of statute of limitations was outside of the Governor’s powers granted by NRS 414.070. Some challenges are already being made in other states to the constitutionality of compulsory stay-home orders stemming from COVID-19; some state Supreme Courts have held them constitutional (Pennsylvania Supreme Court for example issued a 4-3 decision denying a petitioner’s request to challenge a temporary shutdown order).

Any challenge to the stay-home directives would be a double-edged sword, as the litigant would basically be arguing that the State of Nevada in trying to limit massive public exposure to COVID-19 also harmed the litigant in delaying deadlines for commencement of lawsuits (which could be argued as having significant monetary impact in the civil realm as well as consequences in the criminal realm for Nevadans). In short, the subjectivity of NRS 414.070(7)’s language could be used both as a sword (to attack the constitutionality of the Governor’s Directive ordering the tolling of statute of limitations) and as a shield (for defending the Governor’s actions under the broad statutory language in the midst of a public health crisis).

So why risk waiting to file if your claims are close to statute of limitation deadlines?

Practically speaking, if your claims are close to statute of limitations deadlines, then filing now would be less risky than potentially being time-barred should the Governor’s emergency directives be deemed unconstitutional by later review by the Nevada Supreme Court (if such review ever occurs – we cannot predict whether that it will or will not).

Based on current observations of courts, counsel, and clients adjusting to remote working protocols, litigation appears to be moving slow during the pandemic. However, courts are still trying to tackle their docket by holding virtual proceedings. If you initiate litigation now, it will likely also move slow, but preserving your claims is important. It might be better to file now than potentially wait and be time-barred if the emergency directives relating to tolling are later found to be unconstitutional.

When does tolling of statute of limitations start under the directives?  April 1, 2020.

Governor Sisolak stated that “[t]his Directive will ease the burden of the judicial system and preserve the legal rights of Nevadans during this time of crisis when the courts have to operate with limited interaction with the public.”

In short, the Directive’s tolling order encourages litigants whose filing deadlines are tolled to potentially wait to file their lawsuits to provide some relief to the Courts during these unusual times. In Washoe County, the Second Judicial District Court issued an Administrative Order 2020-05 ordering that the Second Judicial shall be closed to in-person public access.” The Second Judicial District Court continues in its order to state that “Public access to the courthouses which will continue include: electronic filing, telephone calls, live chat, electronical mail, physical mail, and remote hearings.” Accordingly, e-filing appears to still be possible yet delaying filing seems to be encouraged for litigants that fall within the tolling order of the April 1, 2020 revised Directive 009. Additionally, litigation that is pending seems to be “full steam ahead,” albeit at a different pace due to adjustments to the remote working environments of clients, counsel, and the courts alike.

In short, litigants nearing statute of limitations deadlines should file to preserve their claims; otherwise, they risk a potentially imprudent bet on whether the Governor has actual authority to toll these legal filing deadlines.  All it will take is one successful legal challenge to turn the Directive 009 on its head…

Upon termination of the March 12, 2020 State of Emergency, the tolling of statute of limitations will cease. When this happens, the Governor of Nevada will likely issue another directive expressly stating the termination of the previously issued emergency directives.

If you have any legal issues that you may be facing during the COVID-19 pandemic or if you wish to discuss the important legal timelines related to preserving the filing of potential claims (especially if you are nearing statutes of limitation), please do not hesitate to reach out. Woodburn and Wedge is here to help you through these trying times, as we have been for the last 101 years our firm has been serving Nevada’s legal needs. We are well equipped to help with various practice areas including, but not limited to, business contract disputes, real property issues, estate planning, litigation, bankruptcy, family law, and more.

Please stay safe and healthy! Do not hesitate to reach out to me directly to discuss any legal issues that you may be facing.

The Revised Directive tolling statutory of limitations is also available in a PDF format at https://www.nvbar.org/wp-content/uploads/Governors-Directive-009-Revised.pdf. 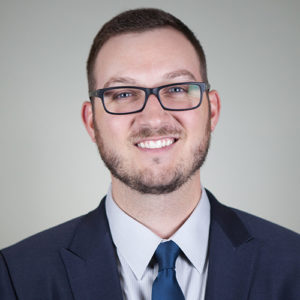 Mr. Loretz is an associate attorney with Woodburn and Wedge practicing primarily in the business transactions and commercial litigation practice groups. You can reach Colton by email at CLoretz@woodburnandwedge.com or by phone at (775)688-3001.

Please note that during the COVID-19 pandemic email is the best way to reach me, as our office has transitioned to a remote working environment.